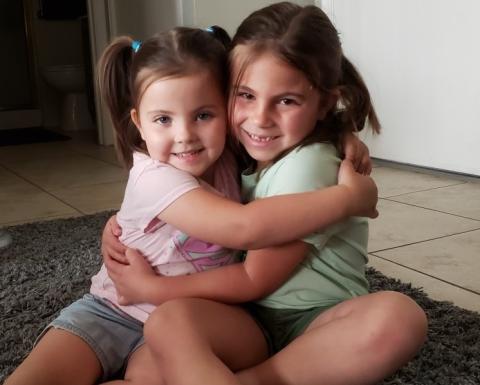 Born with a severe form of spina bifida, Meia Simpson wasn’t expected to be able to walk or even move her legs. Four years later, thanks to the specialists at Phoenix Children’s Spina Bifida Clinic, Meia is walking around her house with the help of a gait trainer and using muscles that no one thought she would develop.

Spina bifida is a birth defect that affects the normal development of the spine. During the first month of a women’s pregnancy, cells begin to form the neural tube, which eventually develops into the brain and spinal cord. In children with spina bifida, the neural tube doesn’t close completely, leaving an open lesion in the spine where spinal cord and nerves can become damaged.

In many cases, spina bifida is mild and the child has no symptoms, but the most severe forms can cause significant health issues. Symptoms can vary and depend on which part of the spine is affected. Meia, who has a rare type of spina bifida called myelomeningocele (or open spina bifida), had a lesion at her L3 vertebrae in her lumbar (lower) spine, causing weakness in her hips and legs, bowel and bladder problems, and an excessive accumulation of fluid in the brain known as hydrocephalus.

Meia’s mother, Stacy, was 19 weeks pregnant when a prenatal screening exam detected spina bifida. Stacy and her husband consulted specialists in another state, who recommended intrauterine surgery – surgery on the fetus – to correct the defect. Meia’s parents, both healthcare radiology professionals, asked a lot of questions and ultimately decided against it.

“Meia was beyond the window of where fetal surgery was likely to be successful, and we felt the risk was too high,” said Stacy. “Plus, I would have been on strict bed rest, and we had a 2-year-old at home. It just wasn’t an option.”

Stacy was cautioned that Meia would likely never have the use of her legs and would probably be born prematurely.

“We came back home to Phoenix, and Meia was born at 38 weeks, a full-term baby,” said Stacy. “She’s been kicking butt and taking names ever since.”

Following a C-section delivery, Meia was immediately transported to the neonatal intensive care unit (NICU) at Phoenix Children’s. Dr. Ruth Bristol, associate program director of Pediatric Neurosurgery at the Barrow Neurological Institute at Phoenix Children’s, performed surgery to close the opening in the newborn’s spine. Initially expected to be in the NICU for at least two weeks, Meia was discharged in six days.

A team of specialists

In the weeks after Meia’s surgery, fluid continued to accumulate around her brain. Dr. Bristol performed another surgery to place a small tube called a shunt in Meia’s head to drain the excess fluid from the brain to the abdomen.

Meia’s spina bifida also caused congenital vertical talus, a condition in which the front of the foot points upward and, in Meia’s case, actually rested against her shin. Meia was about a month old when Phoenix Children’s orthopedic surgeon Dr. Mohan Belthur placed the first of a series of casts on her tiny feet to realign her ankle bones, a procedure called reverse Ponseti casting. A few months later, he performed Achilles tendon lengthening and talonavicular joint repositioning surgery to finish the correction.

“Some children with spina bifida are born with clubfoot. Meia had the opposite,” said Dr. Belthur. “The multidisciplinary care and patient-specific management we have at the Spina Bifida Clinic is so important because spina bifida is a spectrum condition, and each child has different needs.”

As Meia grew, she developed function in her legs and gluteal muscles that surprised everyone. Stacy credits the team at the Spina Bifida Clinic for much of her daughter’s extraordinary progress over the past four years. The clinic provides multidisciplinary, comprehensive care from a range of specialties, including fetal care, neurosurgery, orthopedics and orthopedic surgery, urology, nephrology (kidneys), psychology, physical and occupational therapy, and more.

“It’s all been miraculous. We kind of just fell into the laps of some of the best pediatric medical professionals in the Southwest,” said Stacy. “Meia is walking! We thought she’d always have to use a wheelchair, but she is using a gait trainer to develop her strength, and we’re hoping she can get strong enough to be able to walk around the house without using anything.”

While Meia’s bladder and bowel function were fine at birth, muscle problems developed as she grew – a common problem in children with myelomeningocele.  Urologist Dr. Michael K. Yap recommended a catheter to help drain her urine, and Meia regularly sees the nephrology team at the Spina Bifida Clinic. She also recently started the bowel management program and manages both conditions without medication.

“Spina bifida is a complex condition, and it has a been a pleasure to see Meia do so well. It’s always a pleasant surprise when patients exceed our expectations,” said Dr. Bristol. “One of the benefits of our clinic is having providers from so many specialties all in one place. It increases communication and streamlines care, and is easier and more convenient for the family.” 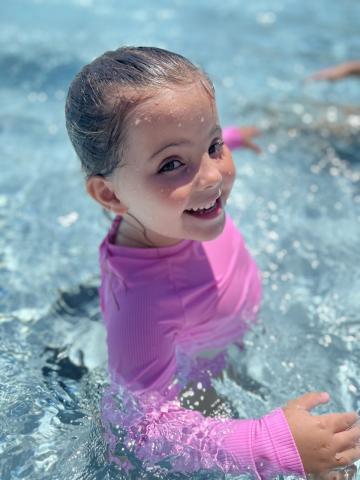 Now age 4, Meia attends a developmental preschool and is best friends with her 6-year-old sister, Grace.

“She is the happiest kid. She is so chill, and Grace is a ball of energy,” said Stacy. “My dad says Grace is a hurricane, and Meia is a summer breeze.”

Stacy is extremely grateful to everyone at Phoenix Children’s.

“A children’s hospital is not a place you want to be, but every single person you interact with has a smile, greets you warmly and is patient with you,” she said. “The staff there makes a stressful thing so much easier.” 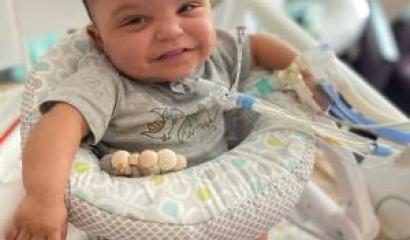 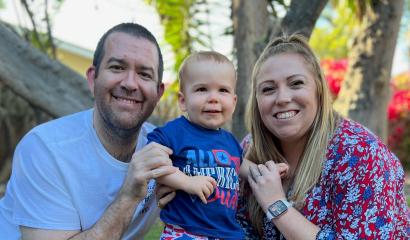 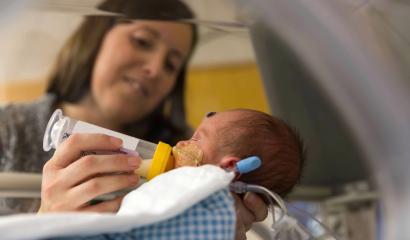