We are changing the landscape of healthcare every day.

Michael C. Kruer, MD, is a pediatric movement disorders neurologist, developmental pediatrician and molecular geneticist. Dr. Kruer is Director of the Movement Disorders Program at Barrow Neurological Institute at Phoenix Children’s and is Associate Professor of Child Health, Genetics, Neurology, and Cellular & Molecular Medicine at the University of Arizona College of Medicine – Phoenix. He is board certified in neurodevelopmental disabilities, pediatrics and neurology with special qualification in child neurology.

Dr. Kruer graduated from the University of Arizona College of Medicine. His journey after graduation led him to residency at Phoenix Children’s and Maricopa Medical Center. He was also granted a postdoctoral fellowship at the Translational Genomics Research Institute in 2005 and completed his training in pediatric neurology and molecular neurogenetics at Oregon Health & Science University.

As both a scientist and medical doctor, Dr. Kruer seeks to understand the basic mechanisms that lead to neurodegenerative and neurodevelopmental disorders, like cerebral palsy, in children. This interest led him to combine his clinical interests with a translational laboratory research program.

Dr. Kruer’s lab is dedicated to understanding how genetic mutations lead to both common movement disorders (cerebral palsy and Tourette Syndrome) and rare one in children and how genetics can serve as a springboard to improvements in both diagnosis and intervention. Increasingly, work in the lab is focused on basic mechanisms of health and disease, including cellular metabolism (particularly coenzyme A distribution), stress-response pathways (autophagy and eIF2α) and Rho GTPase-mediated neuronal development. Dr. Kruer is the Founding Chair of the International Cerebral Palsy Genomics Consortium, an international collaboration focused on genomic discovery in cerebral palsy as a major neurodevelopmental disorder. He is also the leader of the Cerebral Palsy Research Network’s genomics core.

He and his colleagues were awarded the Cerebral Palsy Research Network’s first publicly funded study, which focuses on genetic causes of cerebral palsy. Findings from this NIH-funded study will directly inform clinical care by improving physicians’ ability to identify the cause of someone’s cerebral palsy, which can help provide families closure, guide preventive health care and can even alter the course of treatment.

“We believe this is only the start of what we will be able to uncover, and genetics is just the beginning,” Dr. Kruer said. “There is an awful lot of neurobiology to understand and many challenges that we’ll encounter in trying to improve the lives of people with CP, but now we have a roadmap to guide us.”

His research has been supported by the Dystonia Medical Research Foundation, the National Institutes of Health, and the American Academy of Cerebral Palsy and Developmental Medicine, among others. His awards include selection as an American Academy of Neurology Clinical Research Fellow, a Clinical Scientist Development Award from the Doris Duke Charitable Foundation and the Shields Award from the Child Neurology Society.

Dr. Kruer is married to his high school sweetheart, Molly, and has four kids, Tyler, Ben, Emily and Abby.

Dr. Kruer is the Director of the Neurogenetics lab at the University of Arizona College of Medicine – Phoenix. His lab is partially funded by his award, NIH Grant No R01 NS106298, Genomic Insight into the Neurobiology of Cerebral Palsy. He is also a co-investigator on NIH Grant No 1R01DK123113-01A1, Molecular mechanism underlying the regulation of manganese homeostasis.

Dr. Kruer’s dedication to children with movement disorders is not limited to his lab work. He is the PI on several clinical research studies at Phoenix Children's that augment his work in the lab. These include Gene Discovery in Inherited Neurological Diseases and CPRN Clinical Registry: Characterizing Patient Populations, Treatments and Outcomes in the Cerebral Palsy Research Network.

He is also the PI for several interventional studies at Phoenix Children’s. Dr. Kruer is the site PI for an NIH-funded study titled, “Intense physiotherapies to improve function in young children with cerebral palsy.” This study examined the effects of intense therapy sessions in children 1 to 3 years of age with the goal of developing a profile of children who are most likely to benefit from the intense therapeutic approach. He is the site PI for the clinical use of the Medtronic Deep Brain Stimulation for children with dystonia. This device is approved for clinical use under a humanitarian use exemption. Dr. Kruer advocated for its use at Phoenix Children’s to help improve the lives of children with movement disorders.

“Dr. Michael Kruer is one of our neurosciences superstars. He absolutely embodies the definition of a premier clinician scientist, with excellence in advancing cutting-edge clinical and laboratory research that he has been able to translate into the overall care these children receive. I look forward to watching him change the whole field of pediatric movement disorders.”

Ross Mangum, MD, joined the Center for Cancer and Blood Disorders at Phoenix Children’s in October 2020. Dr. Mangum is board certified in pediatrics and pediatric hematology/oncology, and is specialized in treating children with tumors of the brain and spinal cord.

Prior to joining Phoenix Children’s, Dr. Mangum attended medical school at The Ohio State University College of Medicine and then remained in Columbus, Ohio for his pediatric residency training at Nationwide Children’s Hospital. He completed his pediatric hematology/oncology fellowship training at Texas Children’s Hospital/Baylor College of Medicine with additional training focus in neuro-oncology.

Dr. Mangum was initially drawn to the field of pediatric hematology/oncology after observing the incredible strength of patients and families dealing with cancer or blood disorders. He feels passionately that one of his most important roles as a physician is to serve as an educator, both for his patients and their families, as well as in his interactions with medical trainees. Dr. Mangum strives to educate his patients about their diagnosis and the rationale for their treatment to empower them and their families to take an active role in their therapy.

“Even though Dr. Mangum has only been on our faculty for just over a year, he already has made a great impact on our program. He is a terrific neuro-oncologist, gifted educator and innovative researcher. His humble, calm and compassionate demeanor, unwavering can-do attitude and profound professional expertise have earned him the respect of peers, patients, families and trainees alike. We are very fortunate we were able to recruit him to CCBD.”
– Mario Otto, MD, PhD, Director of the Center for Cancer and Blood Disorders (CCBD) and Division Chief of Hematology/Oncology at Phoenix Children’s

Dr. Mangum also enjoys working with the tremendous residents and fellows at Phoenix Children’s. He feels it is crucial for these trainees to have autonomy and to be put in situations that help them gain clinical confidence and experience. As the Director of the Inpatient Hematology/Oncology Resident Rotation, Dr. Mangum encourages residents to take ownership of their patients, anticipate potential problems that could arise and to develop independent treatment plans. He feels that patient-specific bedside teaching, formal lectures and real-time feedback are essential elements to a thorough medical education. “Dr. Mangum is an incredible person to work with – very thoughtful and a leader, both in actions and words,” said a fellow resident.

Outside of work, Dr. Mangum enjoys spending time with his wife, Jill, and four children, Kelsey, Ryan, Drew and Matt. He is an avid college football fan and is more than willing to educate anybody on which team is the best in the country. He looks forward to meeting more colleagues across the many disciplines at Phoenix Children’s.

Dr. Mangum believes the key to improving outcomes for patients with difficult-to-treat cancers such as tumors of the central nervous system (CNS) is taking a “precision oncology” approach. By identifying the specific molecular changes driving tumor formation, targeted therapies can be identified and/or developed to maximize treatment efficacy and minimize unwanted side effects. As such, his research focuses on investigating the clinical utility of various genomic testing modalities to optimize the amount of molecular information available to inform treatment decisions.

The role of circulating tumor DNA as an accessible and reliable biomarker for patients with CNS tumors is of particular interest to Dr. Mangum. Along with members of the Neurosurgery and Phoenix Children’s Biorepository teams, he is working to establish a pipeline for longitudinal collection of blood and cerebrospinal fluid samples from patients with CNS tumors. Extraction of tumor-specific DNA from these samples will improve diagnostic capabilities and allow for real-time evaluation of treatment response. He is confident access to these samples will open the door to many future collaborations within Phoenix Children’s and with other institutions across the country.

Dr. Mangum enjoys working with patients of diverse backgrounds and diagnoses, including vulnerable patient populations such as those with neurofibromatosis. He is working with a large team of specialists at Phoenix Children’s to further expand the multidisciplinary services available to these patients. Dr. Mangum will serve as site investigator for an exciting new industry-run trial of a granule formulation of the MEK-inhibitor, Selumetinib, for patients with neurofibromatosis and inoperable plexiform neurofibromas. This medication was previously only offered in tablet form, thus limiting its use in young children with swallowing difficulties. Phoenix Children’s will be one of a limited number of sites across the country involved in this important study. 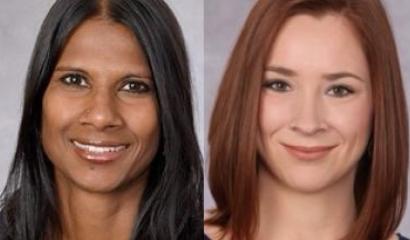 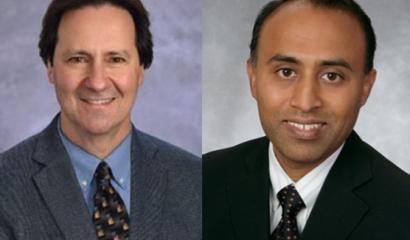