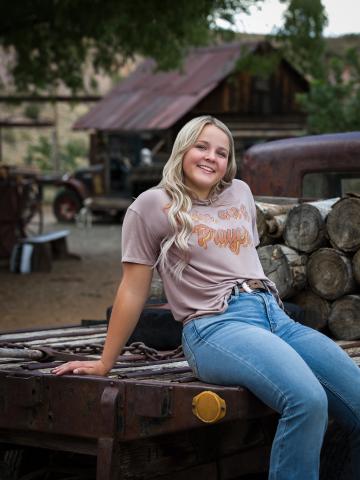 Any teen who plays sports and has a dad who coaches year-round probably knows a lot about teamwork. And 17-year-old Gracie Schmitz is no exception. But as someone who has been living with Type 1 diabetes since she was 3 years old, Gracie knows there is a lot more to teamwork than hollow slogans.

In 2008, Gracie’s parents noticed that she couldn’t seem to get enough to drink. And despite being potty-trained for a year and a half, she also began regularly wetting the bed. That’s when Jodi and Adam Schmitz began to think of their family dog, Gus, who displayed the same symptoms and was later diagnosed with diabetes. Wondering if it could be a similar issue, the family immediately headed to their local pediatrician.

Tests soon revealed that Gracie’s blood sugar was through the roof. And that’s when things became very serious, since the care provided in Flagstaff at the time could not meet the needs of their daughter. “They told us to go home, pack our bags and get down to the emergency room at Phoenix Children’s right away,” Jodi recalled. “Two hours later, we walked into the waiting room. We were a mess.”

The power of teamwork

Chirag Kapadia, MD, who has since become the division chief of Endocrinology, had only been a physician for a few months when he met the Schmitz family that day. After confirming her Type 1 diabetes diagnosis, he and the Phoenix Children’s team got to work giving the family intensive training on how to manage the disease. Over the days that followed, Adam and Jodi learned about things like finger pokes, blood testing, carb counting and the two types of insulin. But every nutrition and medication lesson came with the same underlying message: “This is manageable. We’ve got your back. You got this.” And what was true back in 2008 still holds true today.

“Whenever we have questions regarding diet or pump settings or if we need a second opinion on insulin dosing, Dr. Kapadia and the Endocrinology department are there for us every time,” Adam said. “They’ve been a rock for Gracie throughout her years of treatment.”

“I don’t do it alone,” Dr. Kapadia added. “In the three visits Gracie’s had with me in the past year, a diabetic educator has joined me in all three visits. They help her understand that what she does between the visits is way more important than what we do at the appointments themselves.”

The value of building relationships

While Jodi agrees with the teamwork approach, she won’t let Dr. Kapadia sell himself short. “He is knowledgeable, caring, understanding, funny, approachable – so easy to talk to. He is a respected doctor, but we also consider him a friend. He knows our situation. He’s related so well to Gracie and knows what she’s capable of.”

And because Dr. Kapadia has built such a strong relationship, he’s earned a little more leeway when it comes to holding his patient accountable. “When I turned 14, my parents gave me control of my care,” Gracie recalled. “My parents have been trying to help me be more independent. Dr. Kapadia knows this, so he’s been trying to prep me for it. He’ll quiz me: ‘What do you do if you get sick? What do you do if you have low blood sugar?’”

“Sometimes though, I forget to pay attention to how and what I eat, and let me tell you, Dr. Kapadia does not like it when I say, ‘I forgot.’ He would remind me that there were a lot of kids in my situation who do poorly because they don’t have access to good care. I’m heading out of state to college next year, so I know how important it is that I can manage it on my own – with the help of technology, of course.”

Technology to keep diabetes on track

Diabetes-related technology has improved by leaps and bounds since Gracie was diagnosed in 2008. “When I was kid, I had to poke my finger several times a day,” she remembered. “I had to take shots of insulin. Sometimes I had to wake up five times a night; I hated it.”

But over time, Gracie gradually adopted many of the breakthrough technologies that make life easier for the millions of Americans living with diabetes. “We could always count on the Phoenix Children’s Endocrinology team to fill us in on the latest advancements,” her mother said. “Gracie now uses a continuous glucose monitor, an insulin pump and mobile apps to help manage her insulin. But those aren’t the only technologies that have had an impact on diabetic care.”

“Virtual care was pretty uncommon even a few years ago,” Dr. Kapadia shared. “But we’re able to visit online. We only used to do formal check-ups twice a year. But now, with virtual appointments, we can meet up every couple of months or so.” 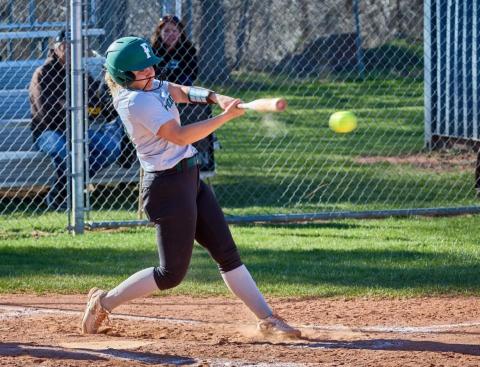 A look back. A look forward.

Gracie and her family have come a long way since they walked into the emergency room so long ago. “I coach a lot of different sports,” her father said. “I see kids who are newly diagnosed; I talk with their families. They’re usually worried that they’re going to make some sort of massive mistake. I tell them, ‘Relax. Go back to what you’ve been taught. Rely on your team. You’re going to make mistakes.’”

Gracie also encourages newly diagnosed kids to rely on the people around them. “I tell them that it’s not the end of the world, that it might be hard, but you’re not alone. Type 1 diabetes is a team sport. Reach out to other people and connect with them.” But the most important thing to remember is: “Don’t give up hope!” 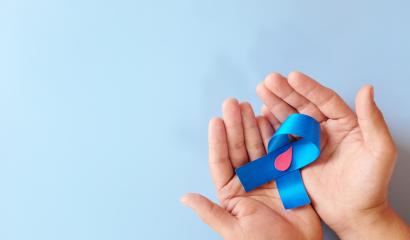 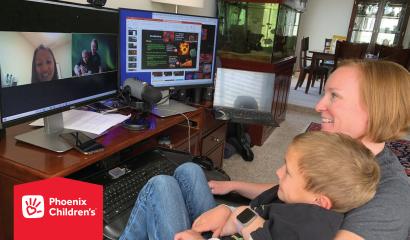